Journey out of Kosova

I got so into making those shoes, I remember doing them while I was watching TV over a couple of weeks (amongst other things) I had a bit of trouble locating it, but eventually found somewhere in London to buy a newspaper in Kosovan Albanian with reports of the 'war' there. I tore it up montaged it and then photocopied it into sheets, with which to make this piece. There's some real blood on the scroll part, from where I had cut myself or scratched myself, while doing the artwork.
I also bought a Kosovan dictionary so that I could make a poem to put into the scroll, written from the viewpoint of a child who has to suddenly leave with his parents and some possessions hastily put together.

In 2004, this piece was sent to MOBILIVRE for their touring exhibition of artists’ books but alas...it never came back. Despite numerous emails and efforts on my part including the Canadian Arts Council, Mobilivre never replied nor acknowledged it's loss or disappearance ...it's a shame because I really was very fond of this piece. 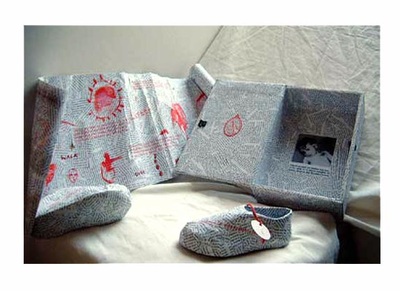 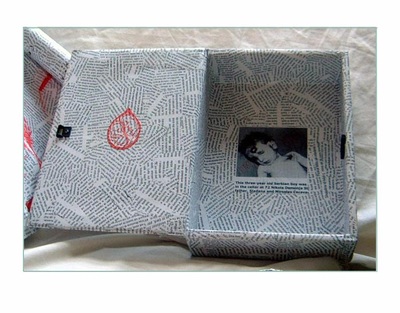 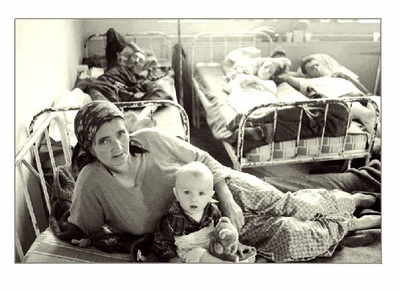 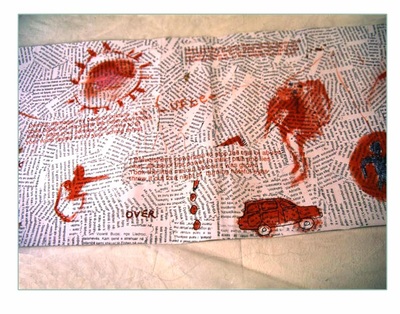 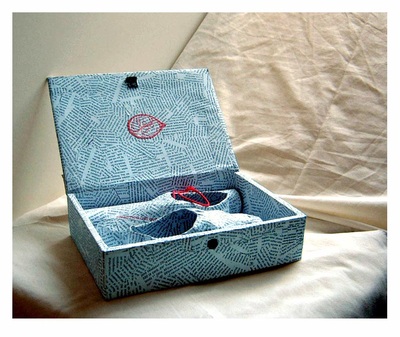 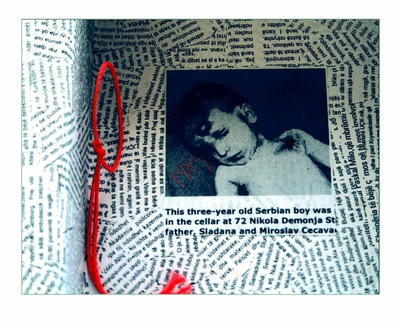 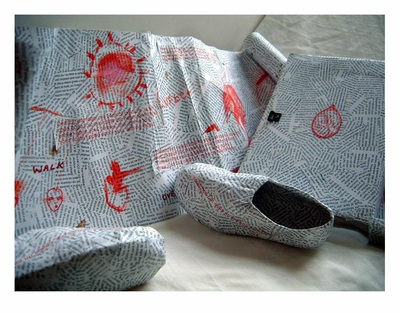 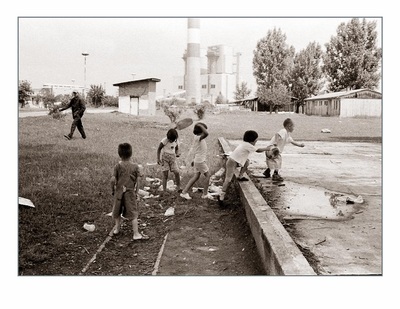 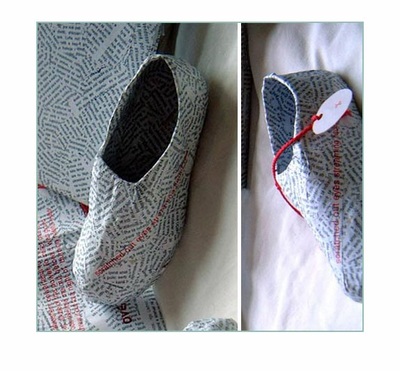 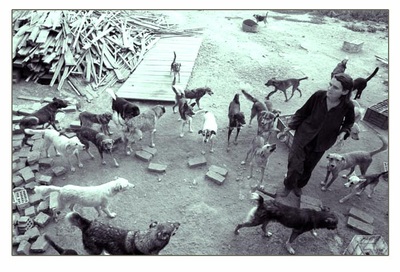