"Ludos Ludere" is Latin and I am using as in referencing the idea of  'the games people play'.


This series of monochrome drawings were made about 1995. Following my return from my Masters degree in Fine art, undertaken in Barcelona 1992-3.
I had made hundreds of pencil drawings in those European grid lined notebooks on black and white squares and decided that I would make an A3 landscape book of based on these.

They are made using charcoal, graphite, and oil stick, there are others in the series made using ink and water colour as well.

I was interested in the idea of working in an organic grid format,  exploring positive and negative ideas to do with primitive emotions, yearnings and memories of an ‘existential ‘nature.
A few years earlier I had made some mono-prints that utilized the chessboard as a metaphor for the ‘mind-games’ that people play and it had always stayed with me.
During my time in Catalonia in the beautiful city of Barcelona – I became aware of what it meant to be an ‘outsider’ and I feel that this experience fed into the initial pencil grid notebooks and in the larger format I then softened these and they became a more considered, and yet at the same time intuitive psychological exploration of the dark side of human isolation and paranoia.
The drawings are 42 x 29 cm (11.5 x 16.5 inches). 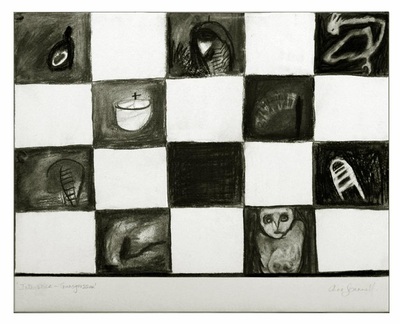 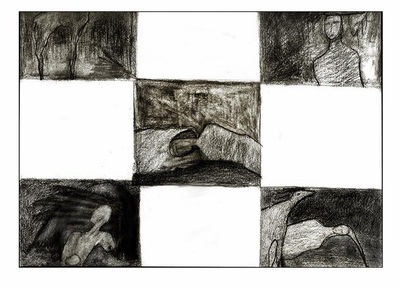 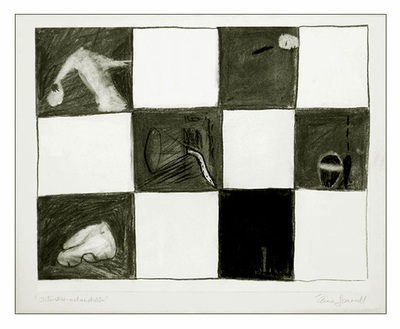 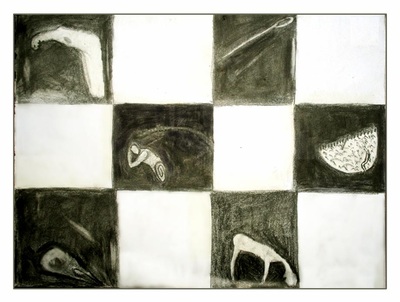 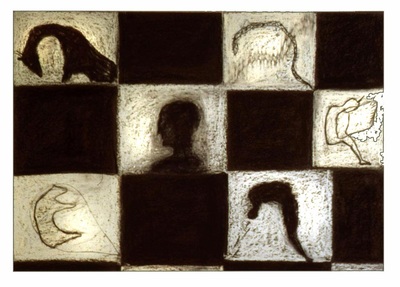 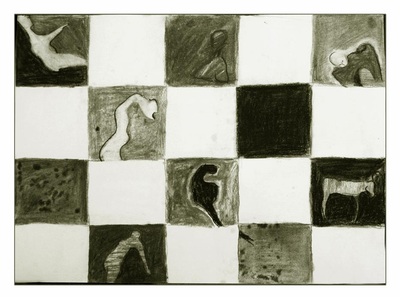 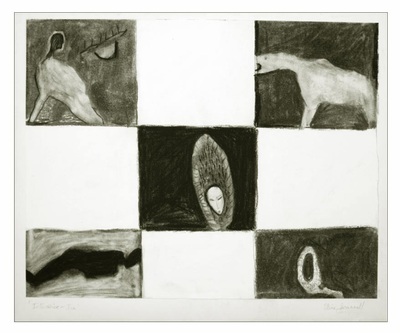 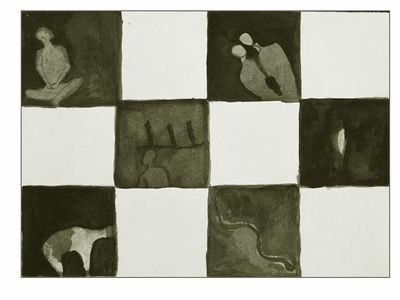 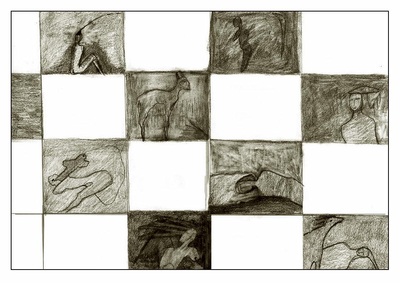